Of greatest importance to charter schools are two items that the most recent advisory clarifies:

I. Field Trips and Food

First and foremost, the advisory applies the provisions of Ed. Code section 35330(b) to charter schools. Section 35330(b) states: A school may charge “[f]ees for field trips and excursions in connection with courses of instruction or school-related social, educational, cultural, athletic, or school band activities so long as no pupil is prevented from making the field trip or excursion because of lack of sufficient funds.” The advisory also applies a 1940 Attorney General opinion to charter schools, which states in part: “A school must not require that a student pay an admission charge to an exhibit, fair, theater or similar activity for instruction or extracurricular purposes when a visit to such places is part of the district’s educational program.” Ops. Cal. Atty. Gen. No. NS 2469 (1940).
Interestingly, the advisory applies Section 35330(b) to charter schools because Section 35330(d) does expressly include charter schools, even though the two provisions are entirely unrelated and Section 35330(d) says nothing about fees at all.

Charter schools may also, of course, charge for food served to pupils, subject to free and reduced price meal program eligibility and other restrictions specified in law. See Ed. Code §§38082 and 38084.

II. No Other Fees May Be Charged

Second and somewhat confusingly, the advisory states that charter schools may NOT charge fees for all the other categories listed in Section II of the advisory. The advisory states: “Conversely, charter schools cannot charge other ‘fees authorized by law’ in Section II above, except to the extent that any such fees do not relate to an activity that is an integral component of public education.”
We find this guidance somewhat perplexing, as it encompasses a variety of fees charter schools have historically levied. These fees include: materials and equipment; transportation; lost or damaged property; community services classes; athletic team insurance; tuition; school camp programs; child care and development; fingerprinting; duplication of records; specialized examinations; and, after school programs. According to a strict reading of the advisory, however, charter schools may not charge any of these fees. We urge charter schools to seek legal counsel when reviewing these and any other fees.

Finally, the advisory also clarifies that schools may not charge fees for caps and gowns, parent service hours, a variety of school supplies as well as several other miscellaneous items listed in Section III.

Effective July 1, 2017, amendments to California Fair Employment and Housing Act regulations relating to gender identity and gender expression require your school to update its Harassment, Discrimination and Retaliation Prevention policy. If you have not already done so, please make sure to do so as soon as possible after July 1, 2017. If you need assistance to ensure your policy conforms to the new legal requirements, contact legal counsel. Failing to have a conforming policy in place can create the potential for legal liability.

On April 4, 2016, Governor Brown signed Senate Bill (“SB”) 3, which increases California’s minimum wage each year so that it will reach $15 per hour in 2022 (unless the increases are temporarily delayed at any point by action of the Governor). On or before July 28 of each year, the state Director of Finance must certify to the Governor and Legislature whether economic conditions can support the scheduled minimum wage increase.

We would note that California will soon have the highest minimum wage in the country.

It is important to note that increases in certain cities like Los Angeles will differ. For more information about City-specific increases, please contact your legal counsel.

It is also important to note that there is a delay in implementation for small businesses. Specifically, the schedule is delayed at each step by one year for employers with 25 or fewer employees.

Of critical importance is this fact: These minimum wage increases also apply to employees who are exempt from overtime requirements. Private employers – and charter schools fall into this category –in California must set their salary basis threshold test for exempt employees according to the state minimum wage. To meet this test, an employee must make more than “two (2) times the state minimum wage for full-time employment” to qualify for the exemption. Full-time employment is defined as 40 hours per week for purposes of the salary basis test. At $10 per hour, an exempt employee must make $41,600 per year or $3,466.67 per month (gross). Because the minimum wage is rising each year under SB 3, the minimum salary (per month or per year) for exempt employees is rising.

The table below illustrates the impact the minimum salary increases will have on the salary basis threshold.

Exempt employees whose salaries fall below the salary basis will no longer be exempt and an employer could face substantial civil liability for misclassification of employees as exempt, including potential liability for unpaid overtime and accompanying penalties, as well as attorneys’ fees.

Did you know that if you do not post a properly adopted salary schedule on your web site, an employee’s PERS retirement benefits may not pay out as expected?
The requirement stems from a PERB regulation that states that employees’ salaries must be part of a publicly available, posted salary schedule to be counted by PERS when calculating pension benefits.

When a member retires, PERS is tasked with determining the amount of “compensation earnable” to determine how much that individual will receive as a monthly pension in retirement. To determine the pay rate for the compensation earnable equation, PERS will only consider the normal monthly rate of pay or base pay that is established on a publicly available pay schedule. That pay schedule must also meet several criteria described in the California Code of Regulations, the most important of which is perhaps that the salary schedule should be its own, standalone document that the school’s governing body adopts in a publicly-noticed meeting that complies with all open meeting laws.

A failure to post the pay schedule could lead to an unwelcome result: individuals may receive a lower monthly pension benefit than expected.
If you have any questions as to how to ensure compliance with this PERS regulation, we highly recommend consulting with your legal counsel.

(1) Complaints regarding “pupil fees,” including any fee, deposit or other charge that a pupil or a pupil’s parent or guardian are required to pay or any “fee waiver”;

(2) Complaints of discrimination against any protected group including actual or perceived, including discrimination on the basis of age, sex, sexual orientation, gender, ethnic group identification, race, ancestry, national origin, religion, color, or mental or physical disability, or on the basis of a person’s association with a person or group with one or more of these actual or perceived characteristics in any Charter School program or activity; and

Strict timelines for the resolution of such complaints must be followed, and complainants have the right to appeal a school’s decision to the California Department of Education. If you do not have a compliant Uniform Complaint Policy and procedures in place, contact your legal counsel for a template.

Recently, the Los Angeles Superior Court ruled in favor of Huntington Park’s “ban” on new charter schools within the city’s jurisdiction. This lawsuit arose when the California Charter Schools Association filed suit in November 2016 in response to the Huntington Park City Council’s October 2016 approval of a moratorium on new charter schools in the city. The city claimed it needed to review zoning laws to find the best location for charter schools to protect students, avoid inconveniences such as traffic congestion and parking overflow and to residents.

The Court ruled in favor of the City’s position that the ban was a land use issue that trumped the Charter Schools Act.

The moratorium, unless canceled by the city, is in effect until next fall and could be extended another year under state law.

Overtime Pay May Be Changing

We are closely watching the Working Families Flexibility Act of 2017. This bill would amend the Fair Labor Standards Act to authorize employers to provide compensatory time off to employees at a rate of time and a half instead of providing them overtime pay. The current bill would require such compensatory time be documented either in a collective bargaining agreement or an agreement between the employer and employee.

Under the proposed changes, eligible employees — if their employer decides to offer the option — would be able to voluntarily choose to receive comp time they can bank and use at a future date in lieu of immediate overtime pay in their paychecks. If they change their minds and want the pay after all, employees would have the option of “cashing out,” with the employer required to pay the overtime within 30 days.

The law seemingly has passed the House but faces a battle in the Senate we assume. We will keep readers update if the new law does pass the Senate, as it is virtually guaranteed to be signed by the current Administration.

Historically, Title VII’s prohibition against “sex discrimination” in employment applied only to discrimination based on the gender of an employee. Now, that prohibition has been extended to sexual orientation as well by the U.S. Court of Appeals for the 7th Circuit.

The ruling revived a case brought by a university instructor alleging that a college refused to hire her for six full-time positions she sought over five years because of her sexual orientation. The college sought to dismiss the suit on the basis that the protection against workplace sex discrimination in Title VII of the Civil Rights Act of 1964 does not cover sexual orientation. A federal district court and a three-judge panel of the 7th Circuit ruled for the college on those grounds. However, the April 4 decision of the full 7th Circuit ruled that sexual orientation was covered by the federal civil rights law, making it the first federal appeals court to so rule.

As a practical matter, schools should consider revising their discrimination policies with legal counsel in light of this ruling.

We're not around right now. But you can send us an email and we'll get back to you, asap. 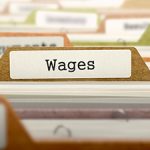