At issue is a charter school’s right to freely open “resource centers” within the County in which the school is authorized. Since the inception of the Charter School Act, that right has not been challenged. Now, a California Appeals Court has held that charter schools cannot open resource centers in the County in which they are authorized without express permission to do so.Growth in such resource centers has been especially contentious in San Diego County due to the number of smaller Districts in the County which have authorized independent study programs which critics argue are simply designed to generate revenue for the District.

In light of the Supreme Court’s refusal to hear the case, the Appellate Court decision stands and tens of thousands of California students who attend charter school resource centers may find themselves without a school.

Did you know that within seventy days of the commencement of a charter school’s legal existence, your charter can file with the Secretary of State a Government Code 53051 form? The one-page form can be found online and there is no cost to file. The form will list your charter school with the Roster of Public Agencies.

We would note as well that you must file an amended form within ten days after any change in the facts stated on the form.

For some time, we have been monitoring the emergence of litigation and legislation involving employment application questions that ask prospective employees to disclose criminal records. While public schools have to screen applicants and disqualify them from employment under certain conditions based on the results of criminal background checks, the larger question of whether or not a school can refuse to hire an applicant for charges that are not on the “statutory list” is still open to question.

Recently, the Los Angeles City Council approved an ordinance prohibiting some employers from asking job seekers to disclose any criminal history on their initial application, with the ordinance’s author calling the city’s version of “Ban the Box” one of the most “progressive” in the nation. The law prohibits city contractors and private employers with 10 or more workers from asking “at any time or by any means” if a job candidate has a criminal record “unless and until a conditional offer of employment has been made.” This law effectively puts the employer in a precarious position because it means any decision to rescind the employment offer would necessarily be due to the criminal record, which opens the door to a lawsuit for discriminatory hiring practices.

We bring this law to your attention only because it illustrates a trend in employment law toward continuing litigation regarding the decision not to hire an employee because of a criminal record. You should discuss such decisions with legal counsel if you have any questions regarding this issue.

SB 358, called the Fair Pay Act, revises Labor Code section 1197.5, which deals with gender pay inequality or disparity. Under existing California law, employers cannot pay an employee less than the rate paid to a opposite-sex employee in the same establishment for equal work on jobs that require equal skill, effort and responsibility, and employers could face a lawsuit for such disparity. The Fair Pay Act revises and expands this prohibition. It eliminates the requirement that the pay difference be “within the same establishment” and eliminates use of the terms “equal work” for “equal skill, effort, and responsibility.”

Instead, SB 358 prohibits an employer from paying any of its employees less than employees of the opposite sex for “substantially similar work, when viewed as a composite of skill, effort and responsibility.” In addition, the legislation places specific requirements on employers to affirmatively show that any wage differential is not unlawful but is instead based entirely and reasonably upon one or more of the acceptable listed factors, including seniority and merit systems or other bona fide factors coupled with a showing of “business necessity,” as defined.

Further, the Fair Pay Act prohibits employers from terminating, discriminating or retaliating against an employee who exercises his/her rights under the Act or assists others in exercising their rights. Employees also can’t prohibit employees from disclosing their wages, discussing the wages of others or asking about another employee’s wages. The Act does not obligate anyone to disclose wages when asked, however.

Finally, the law creates a private right of action for retaliation and discrimination.

AB 987 clarifies that an employer can’t retaliate or discriminate against an employee for requesting a reasonable accommodation for a disability or religion, regardless of whether the request was granted. The law clarifies that the mere act of making the request is protected conduct under the Fair Employment and Housing Act.

We are watching this case closely, and so should you. Recently, the U.S. Supreme Court spent an hour wresting with the “level of benefit” required under the IDEIA. The impact of the Court’s ruling will have a dramatic impact on special education in this country – regardless of which side prevails.

“What is frustrating about this case and about this statute is that we have a blizzard of words,” Justice Samuel A. Alito Jr. said during oral argument. Welcome to special education, Justice Alito! Justice Alito was referring specifically to words such as “significant” and “meaningful.”

“If you read them literally, it’s not clear to me they mean anything different,” Alito said. “What everybody seems to be looking for is the word that has just the right nuance to express this thought.”

Jeffrey L. Fisher, a Stanford University law professor representing the family of a student with autism whose parents contend that the individualized education program offered by his school failed to provide any educational benefit to him. Fisher told the court that the Individuals with Disabilities Education Act “does not permit a school district to provide a child with a disability a barely more than de minimis educational benefit.””Rather,” Fisher continued, “what the act requires is for the school to provide instruction and related services to the child that are reasonably calculated to provide substantially equal educational opportunities.”

Irv Gornstein, on behalf of the Obama administration, offered a different perspective when he stated that an IEP should be “a program that is reasonably calculated to make significant educational progress in light of the child’s circumstances.”Gornstein clarified that the Administration’s position was that and IEP should ensure “significant progress toward grade- level standards, not as close as possible to grade-level standards.”

Neal K. Katyal, representing the Colorado school district in the case, argued to uphold a 10th Circuit ruling that held a FAPE, which must confer “some educational benefit” on a student, means “merely more than de minimis,” or trivial, which is a lower standard than some other federal appeals courts have applied, such as a “meaningful benefit.”

Any change in the standard for the level of educational benefit required for a free, appropriate public education was a matter for Congress, not the court, to decide, Katyal said. “If this court were to change the standard, you know, it would invite all sorts of litigation,” he said.

Litigation indeed. Any change to the definition of “meaningful benefit” could incur significant (some might say calamitous) changes to the level of benefits schools currently offer.

Will the Public Policy Institute’s Latest Report Bring an End to SELPA Funding?

A new report from the Public Policy Institute of California could prompt changes to the way special education has been funded in the state for almost 40 years. The researchers at PPIC recommend that the state should send the billions of dollars allocated for special education directly to school districts instead of Special Education Local Plan Areas (SELPAs), as has been done for the past four decades.

PPIC contends that California’s system of special education, which served about 718,000 students in 2014–15, or about 11.5 percent of the K–12 population, is expensive, consuming some $12 billion in federal, state, and local dollars annually.

The state’s enactment of the Local Control Funding Formula (LCFF) in 2013 consolidated most state categorical programs into district base grants in order to move decision making to the local level. However, special education was preserved as California’s largest remaining categorical grant operating mostly outside the LCFF governance framework.

According to PPIC, the current model has resulted in inequitable and inadequate funding, disparities in the availability and quality of special education programs and services available across the state, and poor accountability. The funding is based on the SELPA members’ total average daily attendance and not the percentage of students who require special education or

Hang on to your hats. Changes could be coming!

Thinking of replicating? You should review the latest U.S. Department of Education notice published in the Federal Register inviting applications for the Charter Schools Program Grants to Charter Management Organizations for the replication and expansion of high-quality charter schools competition. The grant has an estimated $57,000,000 in funds and anticipates making 10-20 awards. The grant allows a CMO to replicate or expand one or more high-quality charter schools.

We're not around right now. But you can send us an email and we'll get back to you, asap. 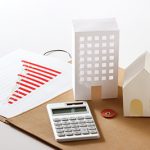 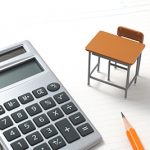